Do Not Book This Man 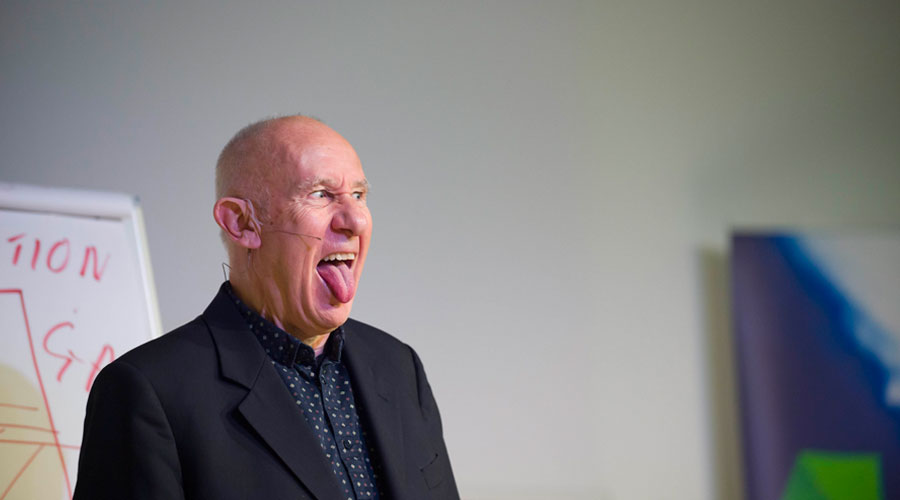 We had the misfortune to hire Geoff Burch as the keynote speaker at our company event. Not my choice, it was our ex head of HR who now works in Silicon Valley. Burch arrived on a huge motorbike, clearly some sort of ageing hippy biker who still believes in “do your own thing”

He strolled onto the stage and the first thing he did was make the audience roar with laughter (disappointingly some of my own managers joined in). This is not something we encourage. As my father the company founder used to say “you are here to work not enjoy yourself“. In fact I had dismiss someone who suggested that you could do both. Burch then went on to encourage ‘thinking’ unlike our superb triumph over adversity speaker from last year, Mr Tommy Tinkles. Despite the agony of an ingrowing toenail Tommy traversed the whole of the Forest of Dean with a cornflake box on his head. After just an hour of his fascinating story the audience were semi comatose and when we presented the new contract and reduced overtime pay there was barely a murmur. Burch on the other had the audience stirred up and eager to try new things and to ask questions.

DO NOT BOOK GEOFF BURCH HE IS DANGEROUS!

Lighting The Way To A Brighter Future.

Is Your Team Coin Operated? Kevin Goes To Zurich The Power Words That Give Enormous Persuasive Effect A Drama In Three Acts The Cunning Plan – Four Steps To Always Getting The Best Sales Outcome The Secret Magic That Will Make You Rich [Perhaps] How Much Is That Doggy In The Window Don’t Let The Librarian Waste Your Time Pushy But Proud You Only Had To Ask