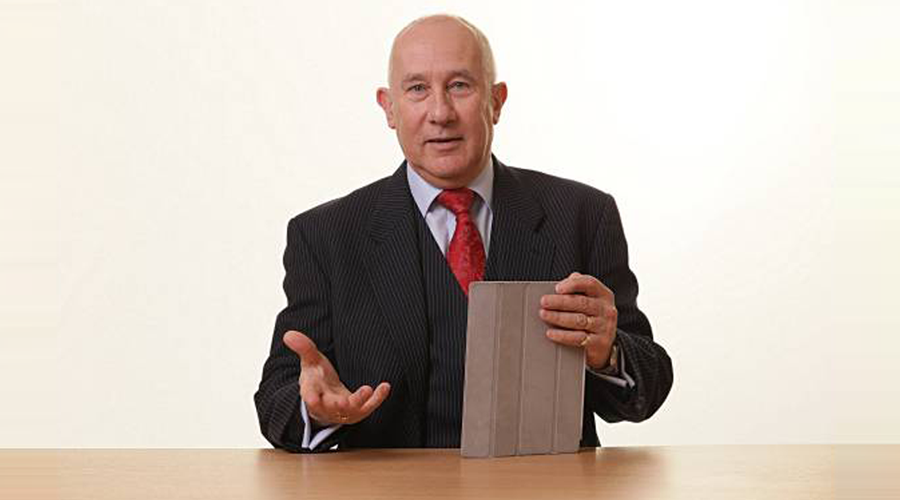 Writing business books is a strange and precarious way to make a living. One has to write with the customer in mind. You might think that this may mean the sales gods, the mega corporations, and the thrusting captains of industry – those were always the people I wrote to impress, but one quiet summer I penned a book purely for the self-employed, people working from home, business start-ups, and very small businesses. This book was called, ‘Go It Alone, the Streetwise Secrets of Self-Employment’. I didn’t see it as a great money-spinner, but as a self-employed freelancer myself, I poured my heart into it, taking a sideways look at being your own boss. The success of this weird little book astonished me – not only was it a bestselling book on self-employment, it is a consistent selling book on starting your own business.

Sometime later I was watching TV and I observed the popularity of  “Dragon’s Den”, “Risking It All”, and Gordon Ramsay’s “Kitchen Nightmares” and realized that almost everyone would like to be their own boss. But the thrust of these entertaining shows is how difficult and dangerous it is, and, almost how new ideas are bound to fail. I used to agree. I believed I was self-employed despite that. I was a pirate, a desperado; living on the edge, thumbing my nose at the risk, then one day I was working with a group of people who had been made redundant, and for one reason or another could not find a “proper job”. Their last hope was self-employment or a business start-up. The scheme was funded by the small business section of Business Link under the name of “Enterprise Allowance”. One got the feeling that these people had felt they had reached the end of the line career-wise. I jollied them along, listened to their business ideas (some completely loony), and tried to make them workable. A couple of years later I saw one of my delegates from this ‘Start your own Business’ course. She was cruising along in a convertible Rolls Royce, surrounded by hunky male assistants, and her pockets bulged with cash.  I had to talk to her.

“I can see that self-employment has been a huge success, but so I can share your success story with other people who are working for themselves, tell me the main reason that you are self-employed – it must be that beautiful car”?

“Nah,” she shrugged, “To be fair, they’re getting on my nerves”

“Not really, as long as I have a penny more than I can spend, I’m not bothered”

With this, she tossed a handful of ten pound notes up into the air.

“So why are you self employed?”

Her reply stunned me.  “Job security!”

I just gaped at her, jaw hanging.  Seeing my confusion she explained further.

“I was a hardworking manager in a fizzy pop factory. The guy in the cubicle next to me spent the whole day doing his lottery tickets and the crossword. I worked twice as hard as he did, so of every pound I earned, half had to subsidize him. Then, one day, someone at our head office in New York decided to shut the UK plant because of global overcapacity. Bingo, I was out of a job. They shut it because they had a one third drop in business.  Last year, I made three hundred thousand pounds. If I had a one third drop in business, poor me, I would have to struggle by on two hundred thousand!”

So, how can you fail?  If you are in a job at the moment, your boss may be stupid, selfish, and ruthless. As a self-employed person, your new boss will be clever, will have your best interests at heart, and be desperate for you to succeed. So where could this go wrong?  Firstly, very few people want you to succeed. So-called friends will get joy from you going on your arse, your work colleagues would see your success as exposing their lack of courage, and your loved ones want to protect you from disappointment. Even worse, the biggest disaster waiting for the new enterprise is the lack of ‘in your face’ honesty.  No one will be honest with you, EVEN YOU! We live in a world where criticism hurts and cynicism is a crime so by law they are banned! We live in an airy-fairy land where we are all superstars – you only have to watch  ‘X Factor’, or ‘Pop Idol’ and hear the wailing of the loonies. You have to ask, “Didn’t anybody tell them?” The simple answer is “No!” But when you came up with that unrealistic business idea, did anyone tell you?  The people who like you will tell you what a great scheme it is; the bank who wants your money or your house will nod at your business plan; your enemies will gleefully tell you to “Go for it!” Do not fear, not all is lost because I will tell you the truth – warts and all. Look at me as your coach. Sometimes there will be tears and shouting, but I will make you stand on that podium with a medal round your neck. Some people say I am too tough, and one magazine recently called me one of the ‘Business Bastards’, but when I wrote “Go It Alone” I realized that if I could make you succeed, it would generate more readers and customers for me.

I stood in front of ten thousand people the other day that had paid to be there and had succeeded because of “Go It Alone”. I travel all over the world and people describe me as a motivational speaker.  An English motivational speaker?  That’s like being a Jewish pork butcher!  If I smell flowers I look for the funeral, but I will tell you the truth you need to hear. You may not want to hear it, but you will need to hear it, so there you have it, you really do have someone out there who truly wants you to succeed.  DO IT NOW.

Arming the Peasants Their Evil Scheme Exposed Empowerment – Or How To Get Your People To Do Great Things For You Is Your Team Coin Operated? Do Not Book This Man Kevin Goes To Zurich The Power Words That Give Enormous Persuasive Effect A Drama In Three Acts The Cunning Plan – Four Steps To Always Getting The Best Sales Outcome The Secret Magic That Will Make You Rich [Perhaps]