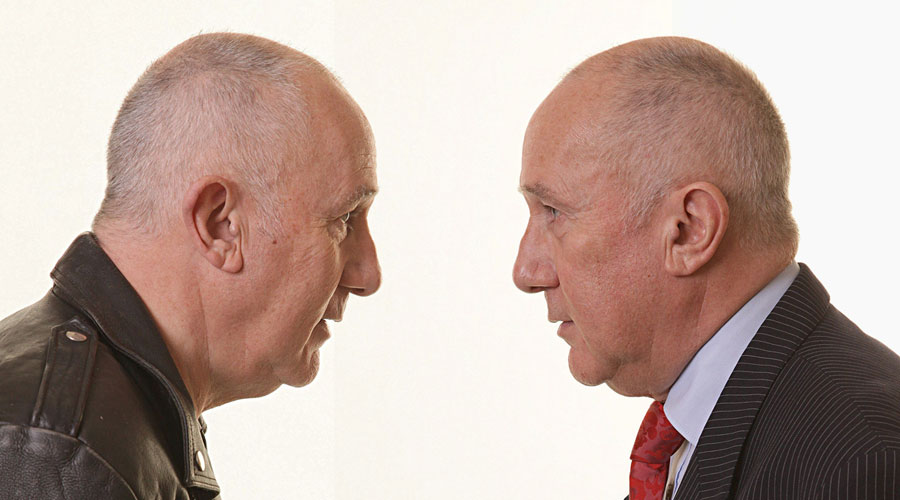 When planning this site, we went to the search engine (a thing I believed to be a bit like Thomas but with better eyesight), but my techno-trolls tell me it is in fact a way of finding the most popular things in cyberspace. Now, my vanity dictates that I should be the most popular thing in any space, so when we typed in ‘small business’, ‘self-employed’, ‘work from home’ etc, imagine my horror when the top scorers were all banks – BANKS!  I ask you, its like inputting ‘childcare’ ‘crèche’ ‘parenting skills’, and getting ‘King Lear’, ‘King Herod’ and ‘Caligula’. The banks obviously heavily promoted their position on the net, therefore by virtue of the way banks think, they are doing this to make oodles of wonga. If one was charitable (I’m not), you might think that they do this, (I don’t) to gently take the seeds of your idea and, at loss to themselves, fertilize it with the warm excreting of their spare cash until it flourishes into a huge global corporation that will be forever in their debt and repay their kindness a thousand-fold.  I can go along with the concept of repaying a thousand-fold, but the fertilization plan has a few flaws in it.

Think very carefully about this. You are starting out on your own for various reasons (love of mankind, rebellious spirit, great ideas, or, like me,fired from every other real job), but whatever happens an income is needed – one that you may be loath to share with a fat greedy bank.  I can see why banks support students for a couple of years with drinking vouchers, because they will emerge from their stinky poly-cotton chrysalis to spend a lifetime as a respectable wage slave, and then be sucked dry by the bank with mortgages, credit cards, pensions, and over drafts.  A good harvest by the banks, you will agree, and, because we are too lazy to change banks, a pretty safe one.

But small businesses? Some claim nine out of ten fail. Do you think students would be a good bet if nine out of ten of them died? The question the banks have to answer is, can you make money out of the poor and desperate? The answer is, of course, yes!  If you are a nice fat fly that just happens to be wearing a t-shirt with ‘poor and desperate’ written on it, as you flounder in the sticky web called ‘bank’, as the big fat hairy thing with dripping jaws and a badge saying ‘small business adviser’ creeps towards you, you have to ask yourself, was this a good idea?

Small businesses and banks also make some genuine-ish mistakes, so in the useful bit of this tirade, here they are.

We tend to have flights of fancy when planning our businesses (ant breeding, cannibal restaurant, dolphin-walking service etc). If the bank refuses to lend on it, the horrible prospect is, they may be right. They will lend on crap ideas because they know they can have your house, so if they don’t lend, it might be a very crap idea indeed!  Hurtful maybe, but you need to be told.

In some of the bank-issued guides, they invite you to prepare a business plan and cash flow forecast, to enable you to get your finance offer.  Seems like a good idea until you realize that these plans are works of fiction that make Harry Potter look like verifiable British history.  Don’t believe me? Consider this; when did you last see a business plan that said something like this: "Initial capital investment, £50,000, to be followed by a disappointing first year and shockingly unexpected set-up costs. Second year, to start with the remaining £19,000 totter on with break-even or possibly small profit. Third year, likely 20% decline in business. Fourth year, product malfunction which puts a child’s eye out.  Fifth year, do a bunk before creditors catch up with me".

As we have said, this actually happens up to nine out of ten times, so why don’t you ever see a declining cash flow forecast?

I’M NOT A BUSINESS

This one really gets me. If you are a wage slave, you get a private account which gives you access to all sorts of yummy extra-interest accounts, low interest loans, and because of fierce competition even free banking. This is where I take issue.  You may not want a business, a place that employs people, has a machine and a building – you may just want a job.  The only difference is that you give this job to yourself.  The bank immediately classifies you as commercial banking with all the attendant costs and loss of benefits.  It can also put you in the wrong mindset.  Small businesses may fail but self-employed people rarely do. If you are self-employed, you won’t be unemployed (skint perhaps I grant you, but not unemployed).  Just because you want to spend time with your kids, you don’t want a boss, you want to keep the money your talent earns, and you want a little joy in your life, does not mean you want to start a business – you just need to be self-employed.

OK, we need banks, but watch them like a hawk and be ruthlessly realistic and truthful with yourself.