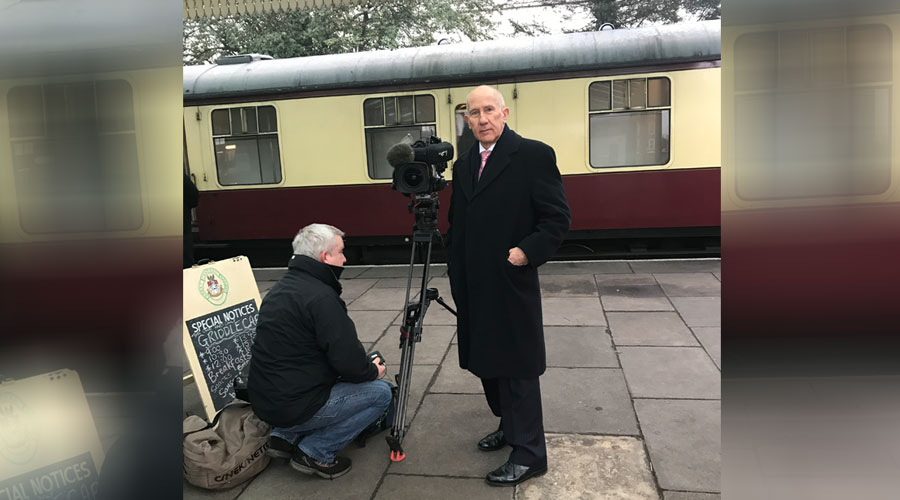 I was approached by BBC Television to do a business rescue reality show called ‘All Over the Shop‘.  The idea was that I would visit small, one-person enterprises that were struggling, and with the power of genius and perspicacity I would set them straight. The problem was that I wasn’t that confident that I was a perspicacious genius.

“Don’t worry” said the producer “This is TV.  We can work magic; we can even make you look intelligent and engaged.”

The strange thing is that the show, despite being agonizingly low budget, was quite a hit and, even more astonishing, was the fact that nearly all the businesses became roaring successes. Was this down to my genius or ability as a business guru?  I doubt it, but believe it or not I think it was about honesty.

The TV researchers are genuinely brilliant; when you watch reality shows and say “Where on earth do they find these people,” it is the result of hours of painstaking work by the researchers.  They are looking for characters and let me tell you they found me some real corkers – people who made welding dogs seem pedestrian and mainstream.  The researchers would know everything about the enterprise I was visiting but they would ration the information to me. We would arrive in a truck with a director, runners, a film crew, and sound technician, I would be given some sparse but provocative clues, such as, “Ask her about where she got her loan” or “Ask him when he last drew a wage.” They knew the reply would be something sinister and wanted to see the sparks fly.  Then I would be cast from the truck to go and sort things out.  The show was well received and got mostly good reviews from the Press, but one critic who hated it said probably the most honest thing about it. The review said, “Geoff Burch wanders in, states the bleedin’ obvious and then wanders out again. Then four weeks later everything has miraculously changed for the better and all is well”. That is in fact exactly what did happen but we need to understand why.

On the first day of the first shoot I ambled into the first enterprise and met lovely but barking mad people who were making a complete pig’s ear of things.

“Well it all looks very nice” I said.

Our director was a small fiery Welsh woman with a ferocious temper. She leapt forward, grabbed my ear and dragged me outside for a savage talking-to.

“Very nice?  VERY NICE?!” she stamped like Rumplestiltskin. “This is telly.  I want you to tear them to bits, Mr tough business guru.”

“Listen, mush, that is the deal. Their businesses will be seen by millions of viewers, they want to be on the telly.  This is the price they will have to pay. You are here to entertain the viewers, that is what you are paid for. You are not here as a business consultant, you are here to entertain. These enterprises are not your customers, the viewers are, and they want to see you give it to them right between the eyes, car crash TV!  So remember…” she put her hands up in the shape of tiger claws, “Grrr, grrr, grrr, grrr!”

TAKE IT ON THE CHIN

On the other side of this equation, the people in the enterprises took it. Sure, there were huge rows, shouting and tears, but they stood and took it because they were on TV. They took it on board, they changed and they became successful. It is not my skill, this happens in every TV reality show – Kitchen Nightmares, Mary Queen of Shops, Hotel Inspector, you name them, they all bring success. Why? Because in the real world you would never get such honesty about your enterprise. You may believe that the success was down to the exposure to millions of viewers but the whole show is in the can before anyone sees it. In my own case it was over a year before it went to air, so the business transformation was caused by the enterprises meeting the horrible truth fair and square. The problem for us is that without the aid of TV how can we get this honest appraisal of our position.