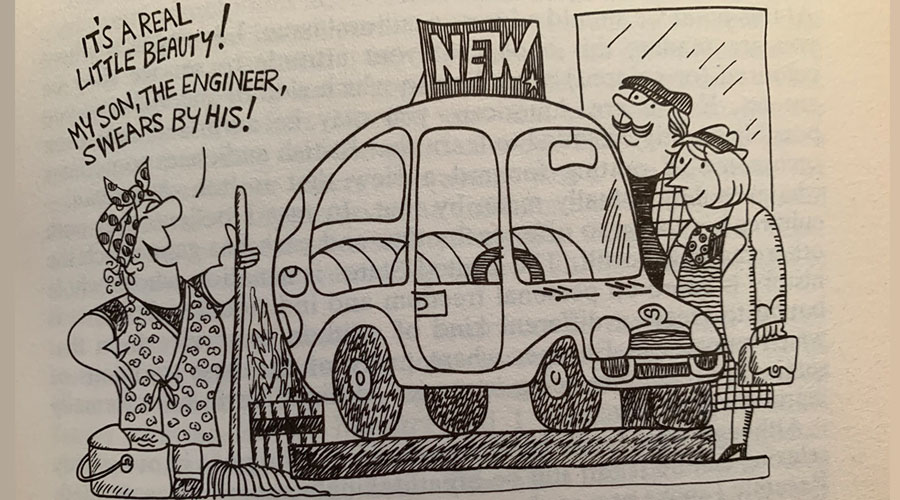 I was called to a bank who was considering appointing a new advertising agency. The budget was many millions and I was asked by the board to sit in on the ‘pitch’ as an outside observer. We sat through a day of exotic and expensive presentations but one stood head and shoulders above the rest – they had clearly spent the most money but to good effect, and as the lights came up we were stunned by their sharp, slick approach. The CEO of the bank was a lord and came from the centuries old family who founded the bank.  “Well” he said “I don’t think there is much doubt over who wins our vote”. At this point the door burst open and in came an elderly clichéd tea lady with her hair tied up in a head scarf, a cigarette dangling from her lips, nylon overall, and pushing a clattering trolley with tea and bickies. The lord addressed her with affection, “Well Aggie, what do you think of all this advertising business?”

She replied with a cough that showered his lordship with a fine coating of fag ash, “I didn’t like that last lot!”

“Oh really, why not?” asked his lordship, apparently unconcerned by his patina of fine grey dust. “They was really rude and off-hand with me and treated me like dirt they did!”

His lordship put his pen through their name on the list and we moved on to consider the second most elaborate presentation. The secret was that the lord had been the neglected child of the British ruling class, and Aggie had been like a surrogate mum to him. Be very careful of who you dismiss as unimportant. Treat everyone as if they and they alone, hold the key to your future prosperity. Fairy stories are always full of weird or repulsive people in need of modest help who turn out to be powerful fairies or witches, so watch your step!